Year 1 had a wonderful day at Wat Tyler Park. We had great fun pond dipping, kite making and mini-beast hunting. The children were all impeccably behaved and were a fantastic representation of Fairways Primary School.

Much fun was had by all on our Design Technology Day. All underwater scenes were created with minimal support and were all the children’s own ideas. We think they did a fantastic job! 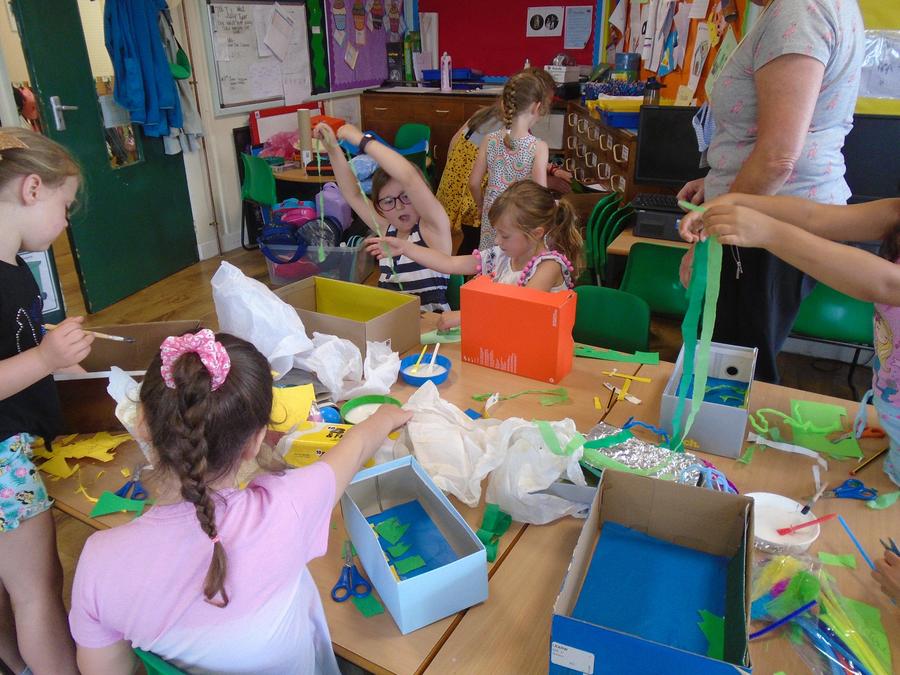 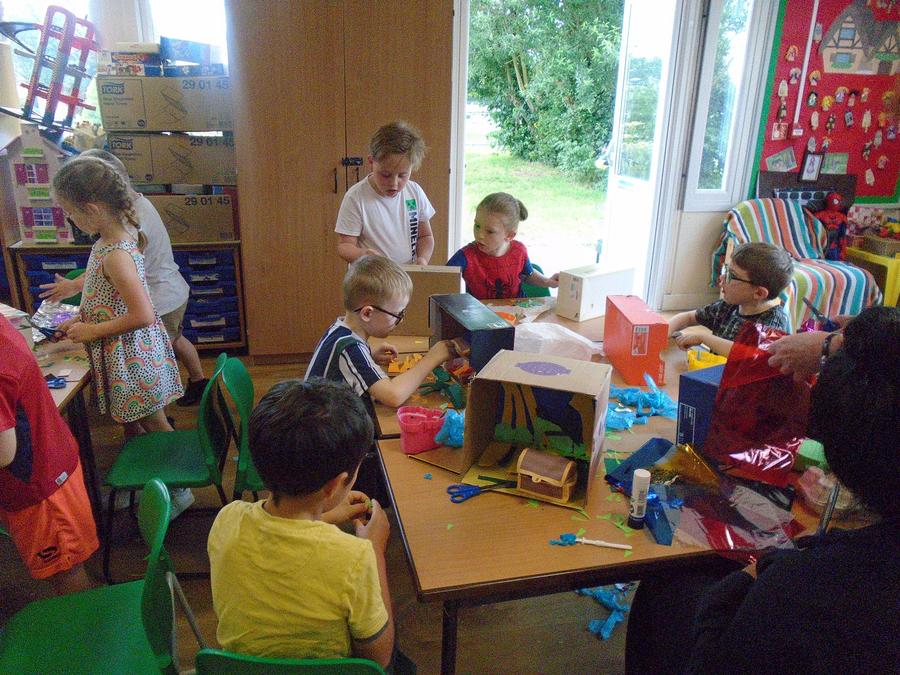 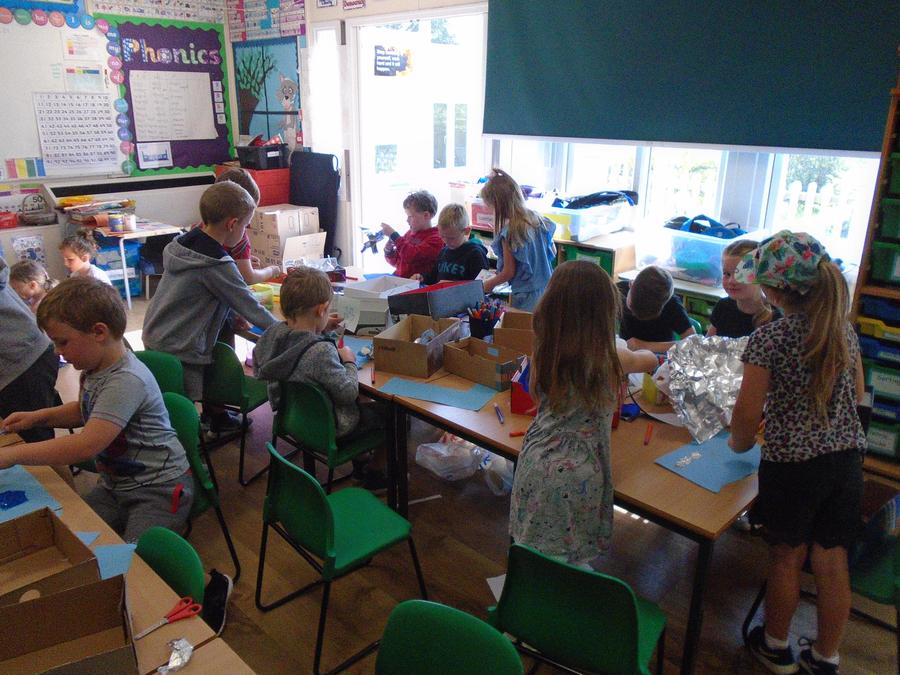 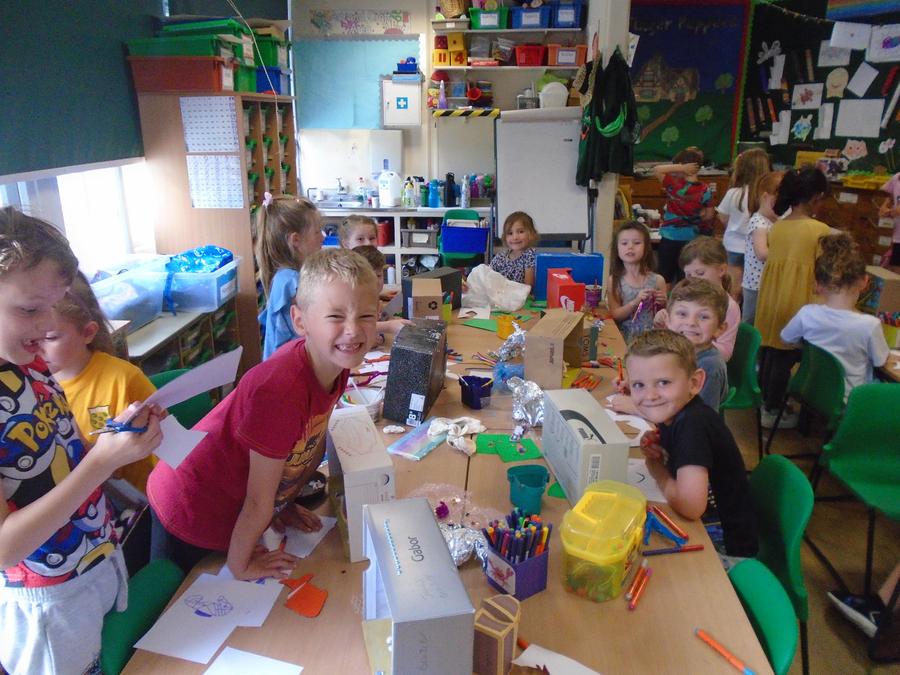 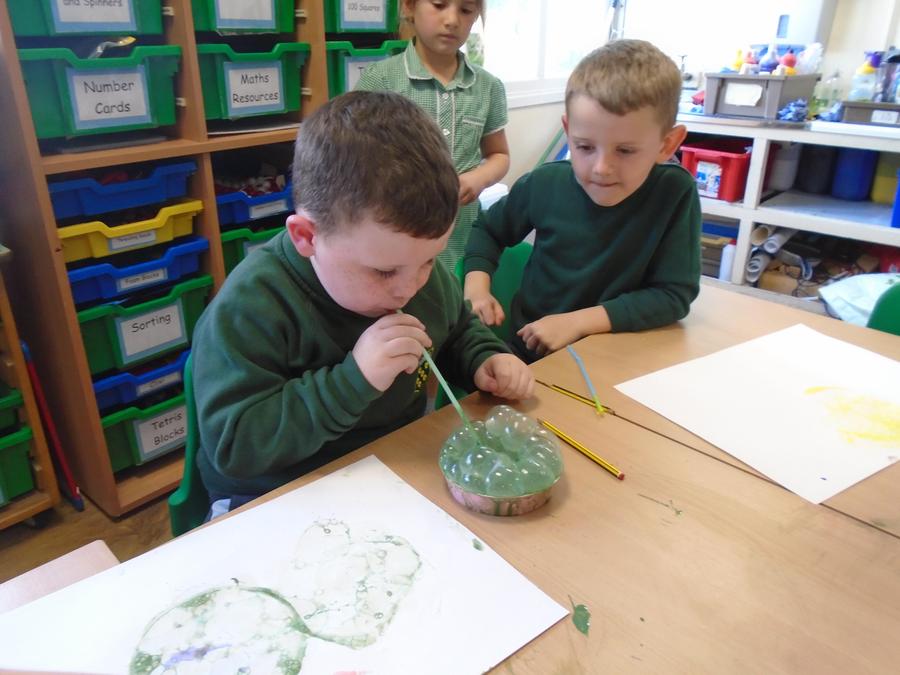 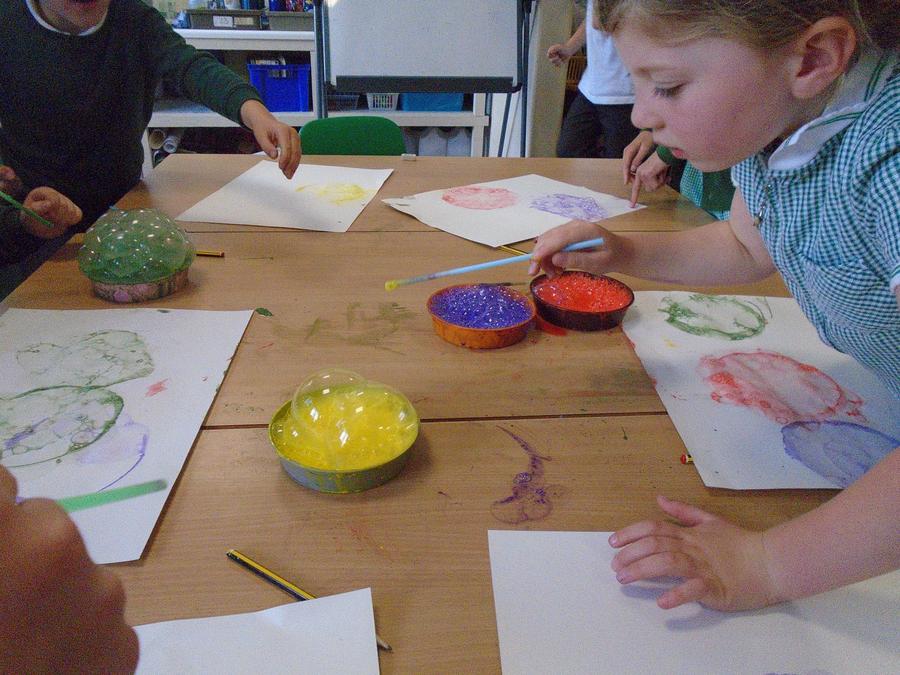 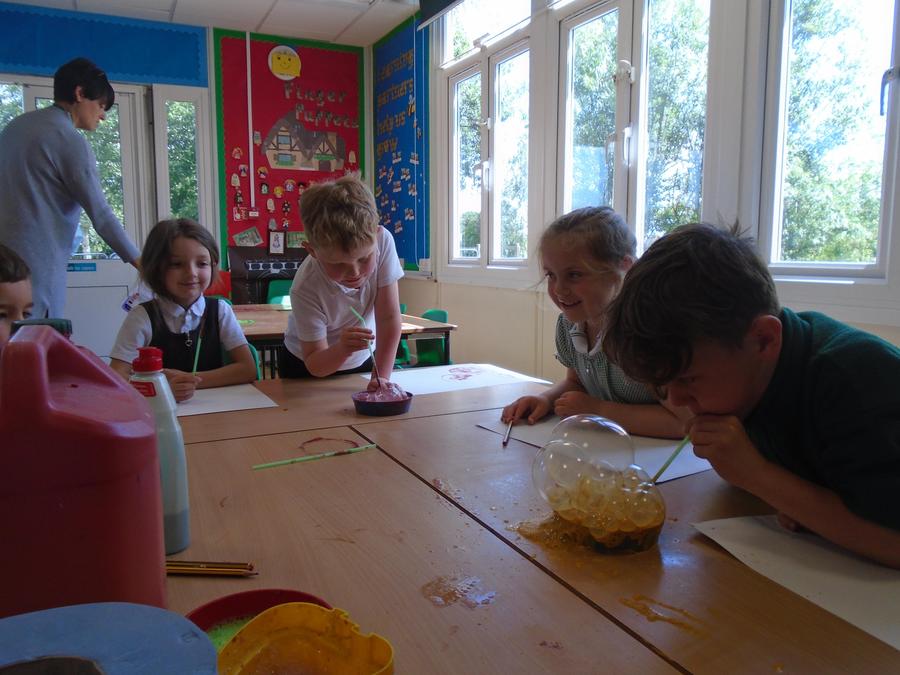 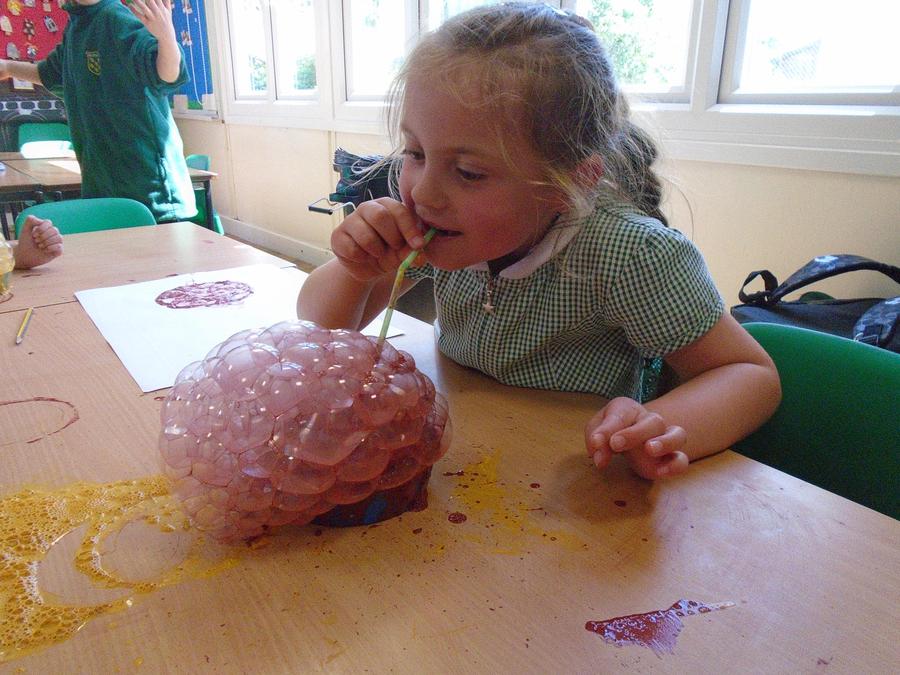 Year 1 had a fantastic Victorian Day. We learned what it was like to be in a classroom in Victorian times, looked at some Victorian artefacts, played with some Victorian toys and even had a surprise visit from Queen Victoria herself. 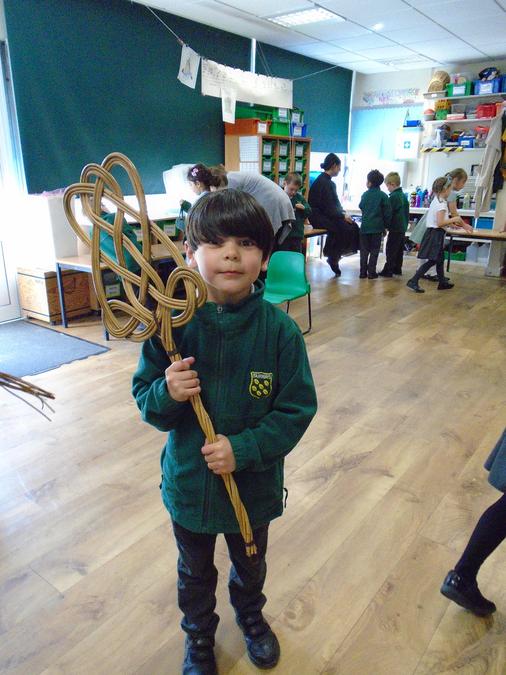 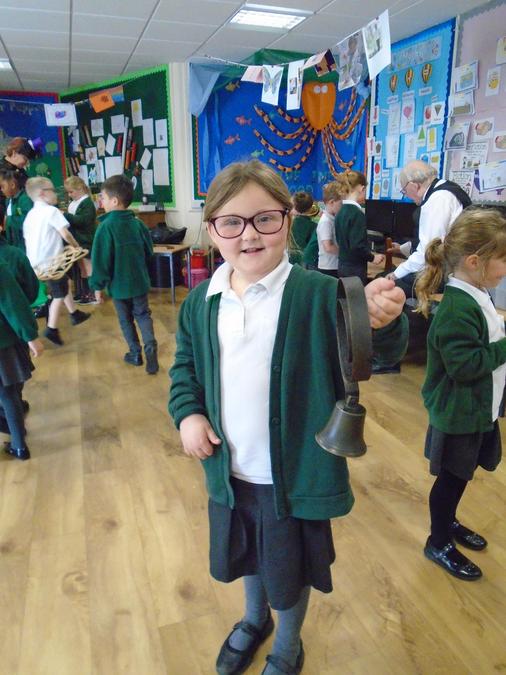 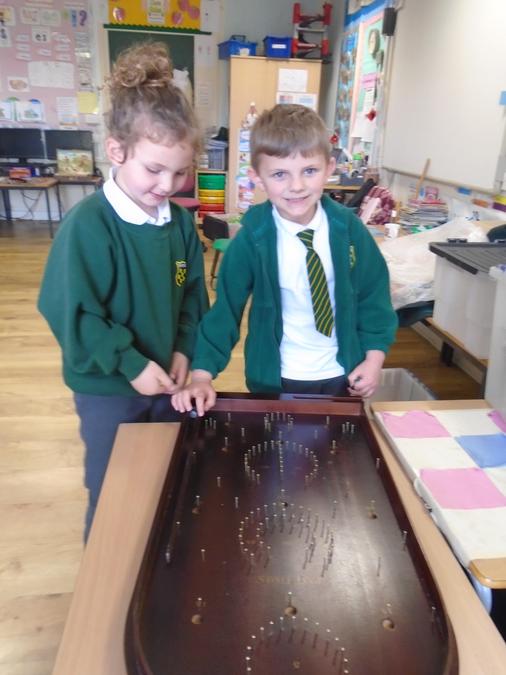 We all enjoyed dressing up as our favourite characters for Book Week.

Amongst many others, we had Super heroes, Disney characters, Fantastic Mr. Fox, The Highway Rat through to our very own Evil Pea!

In Science we have been learning about how plants grow. We watched a speeded up video showing a bean plant growing from seed, the children all found it very amusing! They all planted beans seeds and have brought them home to see how they grow. We did remind them though, they will not grow as quickly as on the video! 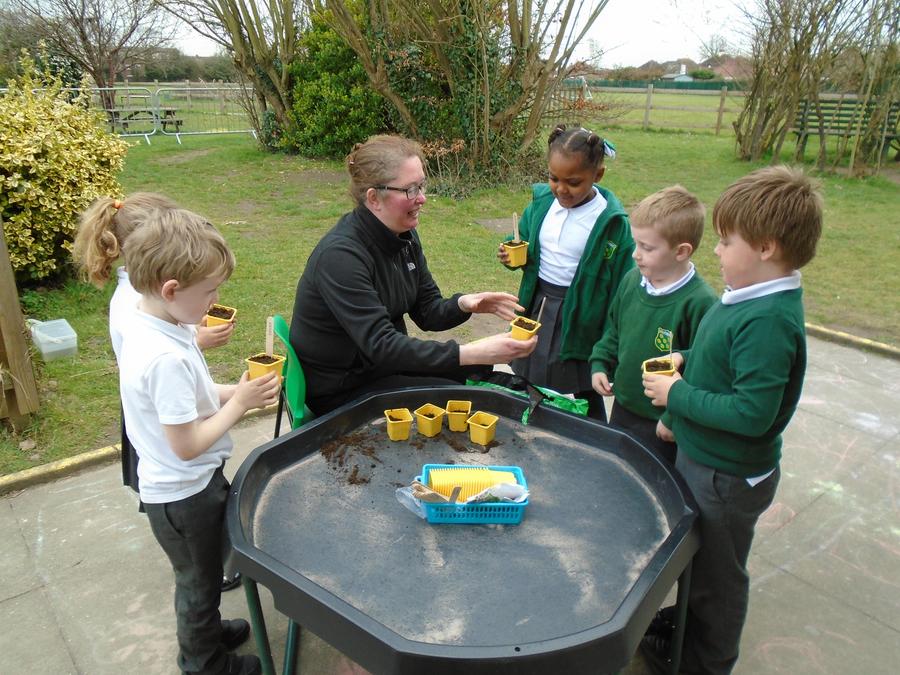 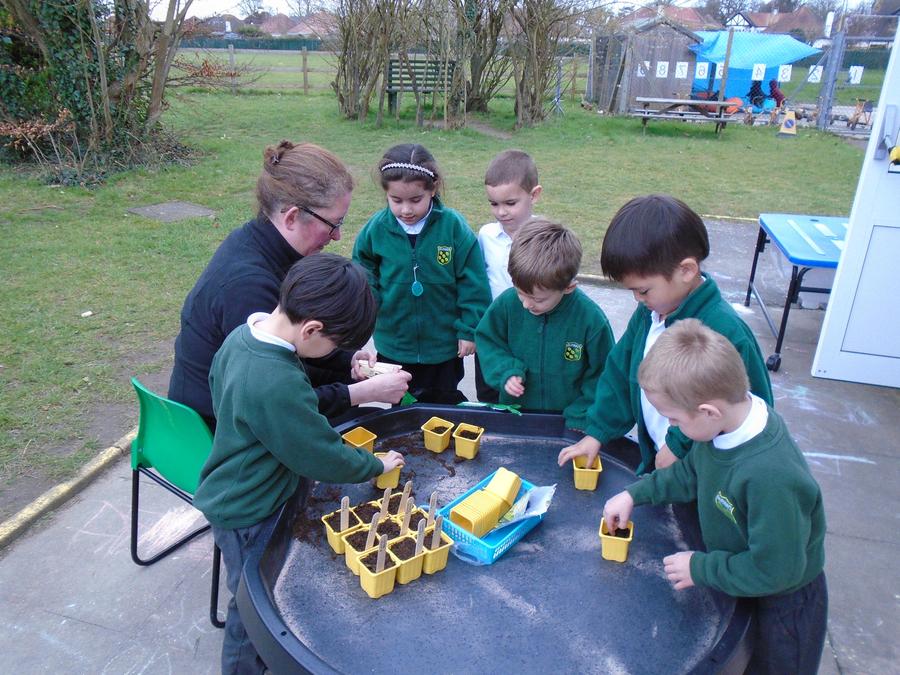 Year 1 have really enjoyed being back in class. This week we have been exploring capacity and volume in Maths. It was messy but fun! 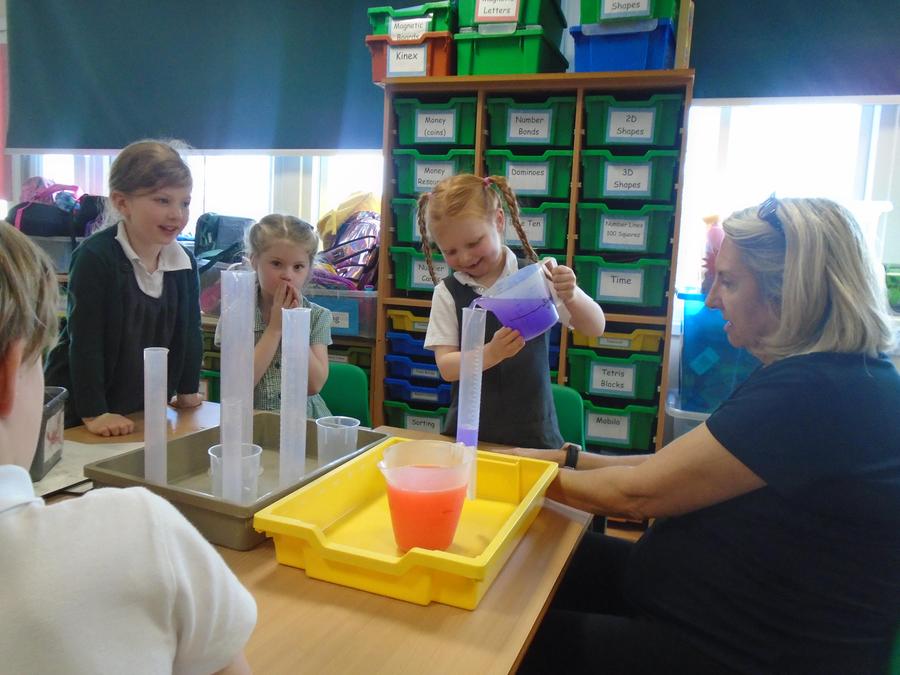 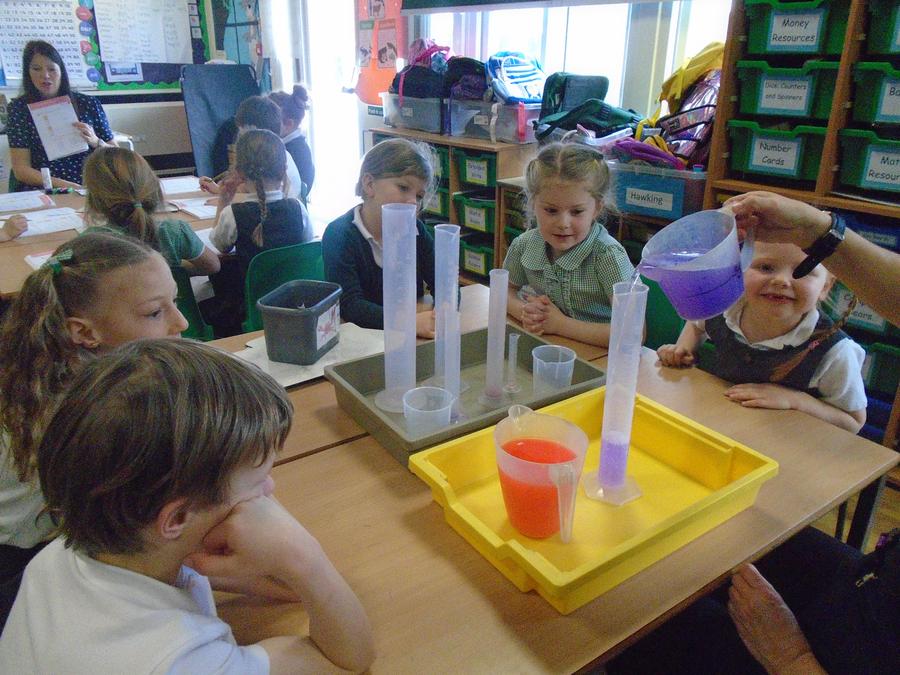 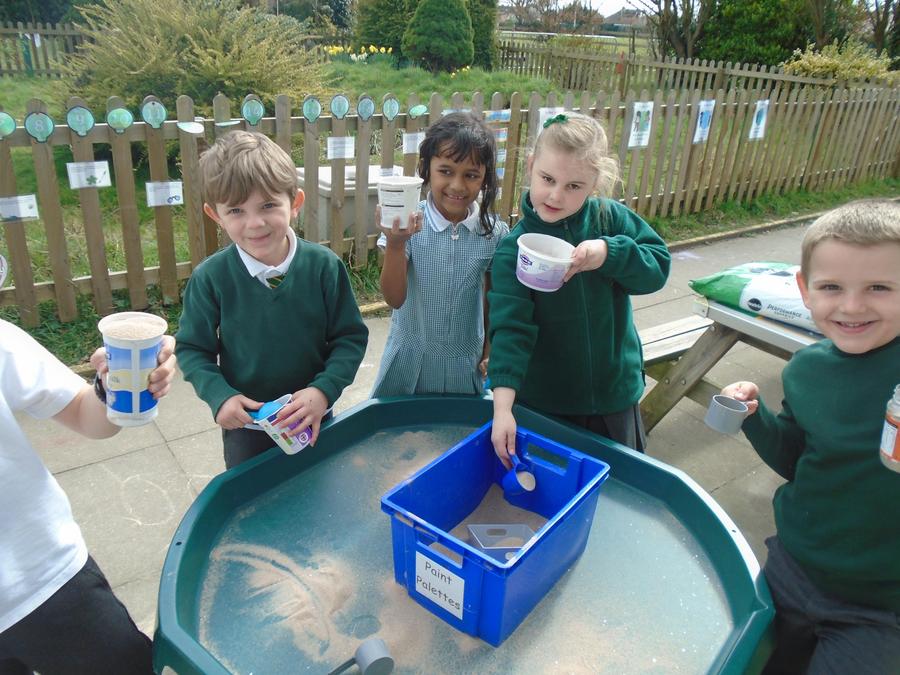 This term in Year 1, we have been looking at grouping animals in Science. Today we investigated some ‘poo’ to see if we could identify if it came from a carnivore, herbivore or omnivore. We had a brilliant time cutting up the ‘poo’ and making our predictions. Don’t worry grown-ups, it was only a mixture of flour, salt and food colouring with leaves, sweetcorn and dried pasta (as pretend bones) inside the mixtures!

Year 1 have had an amazing time learning what it was like to be a child in the Victorian Era. We were lucky enough to be visited by Queen Victoria herself, who told us all about her husband and her 9 children! We then went back into class where we took some Victoria lessons. We wrote our ABCs on boards with slate pencils, learnt a poem by rote and practiced our drill moves. We we also looked at many Victoria artifacts and explored and played with some Victorian toys. 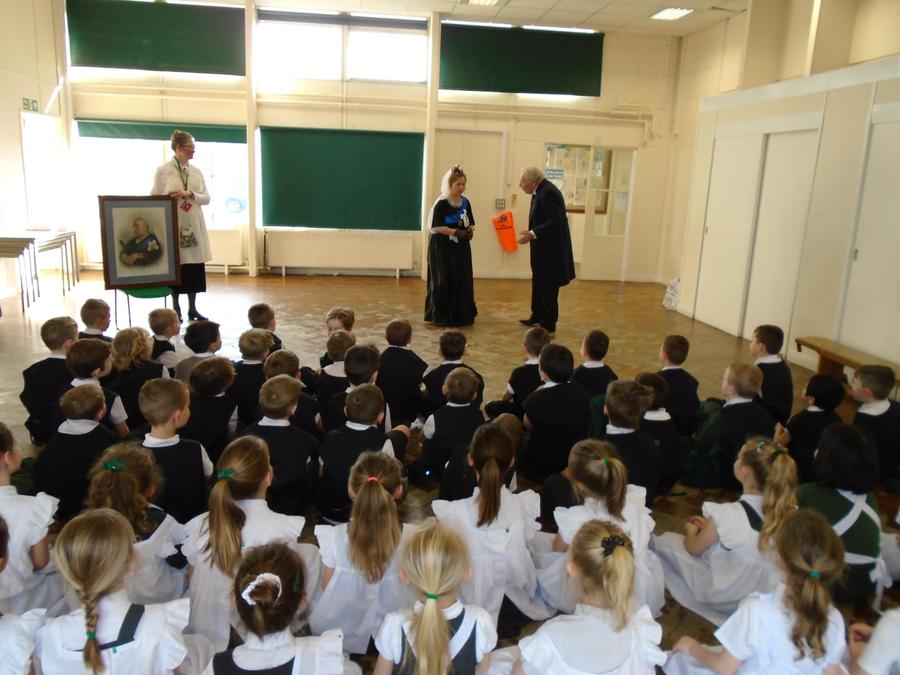 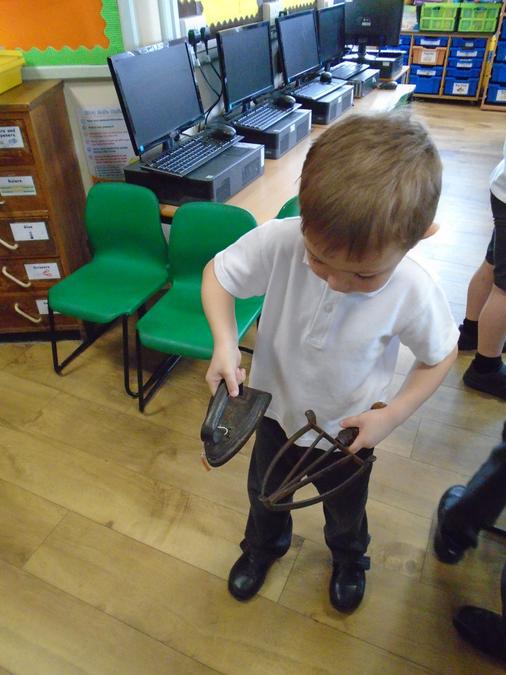 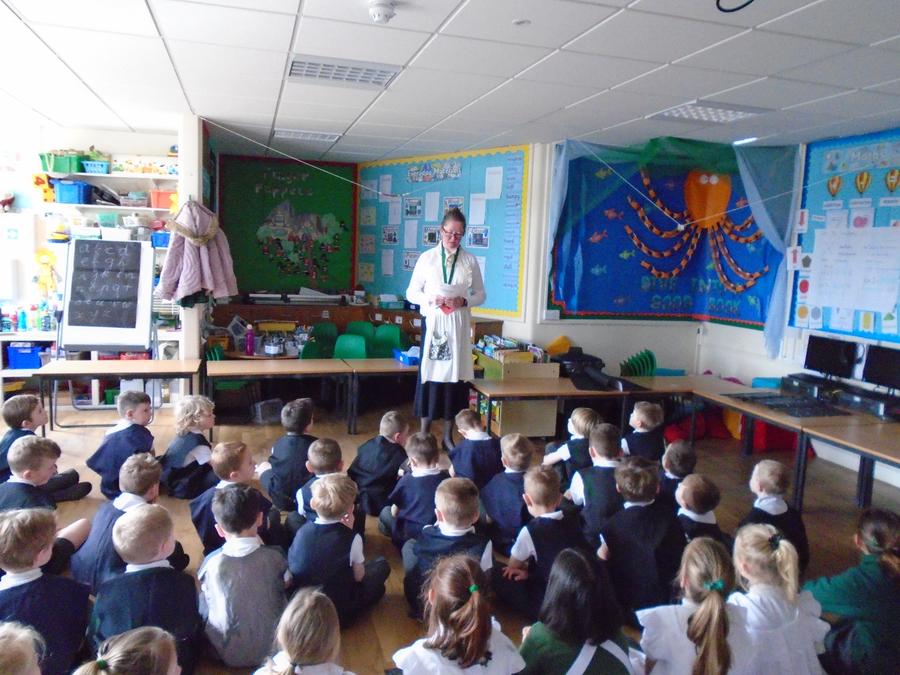 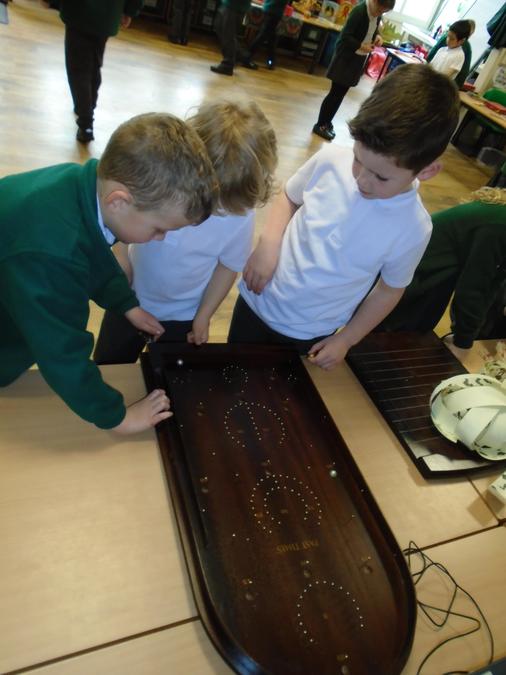 As part of our Science topic on Animals, Year 1 have been looking at Carnivores, Herbivores and Omnivores. Today we investigated a selection of ‘animal poo’ (obviously not real!) to identify which animal group it came from, based on the contents of the excretion! We had lots of fun learning and a few disgusted faces! 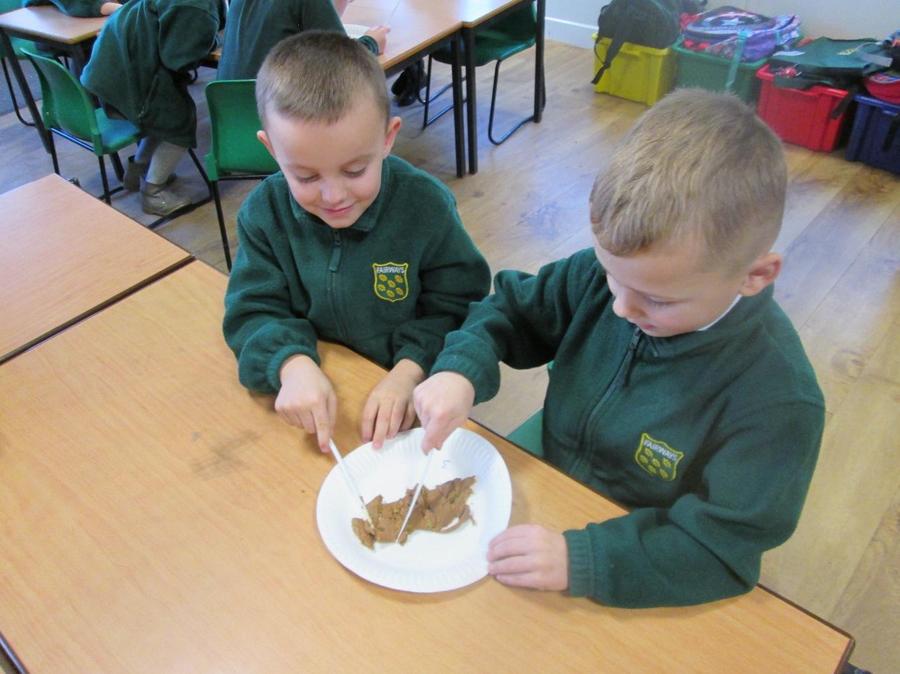 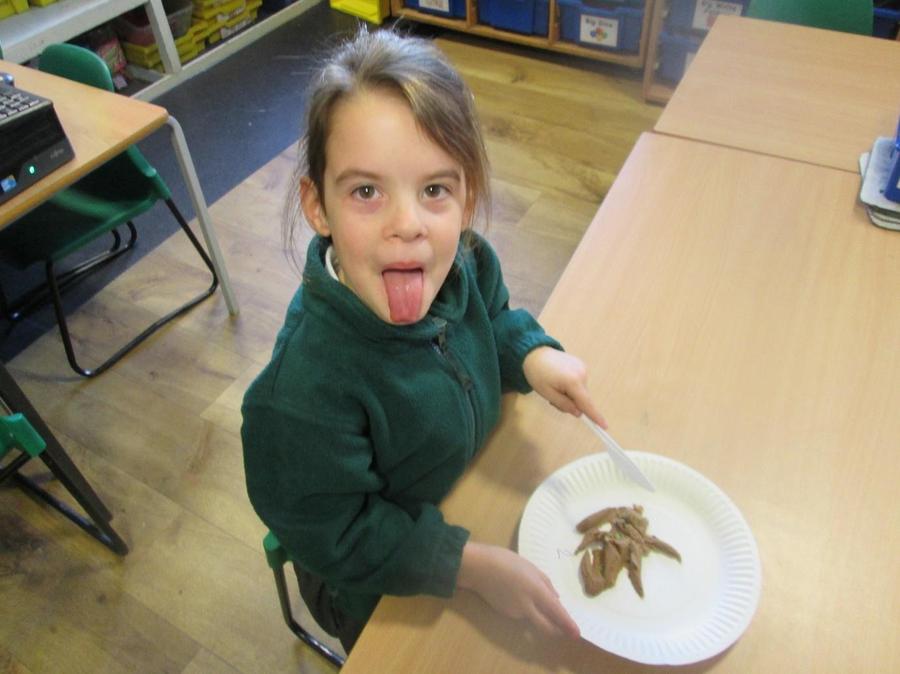 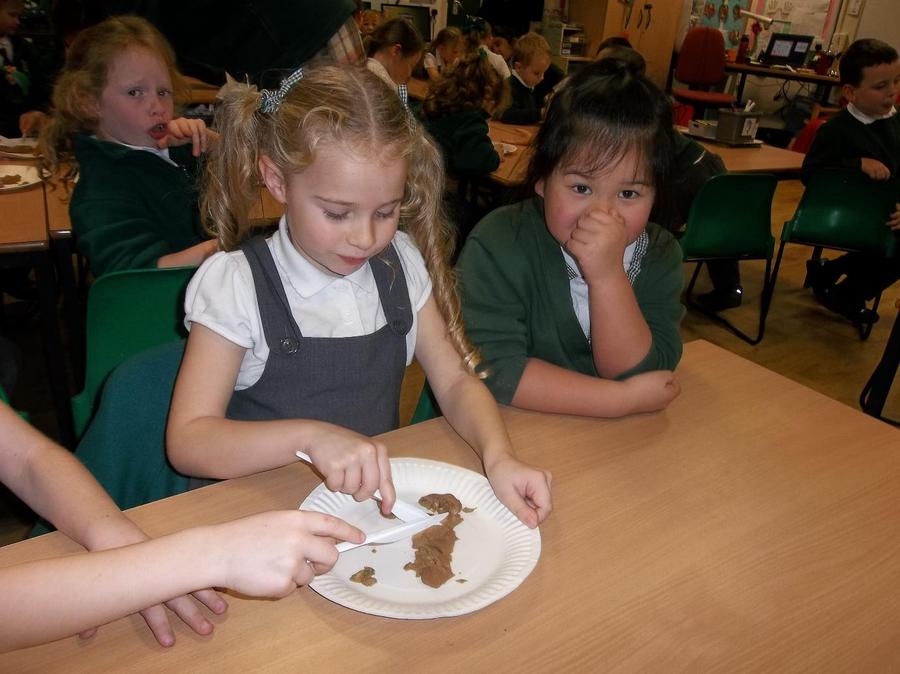 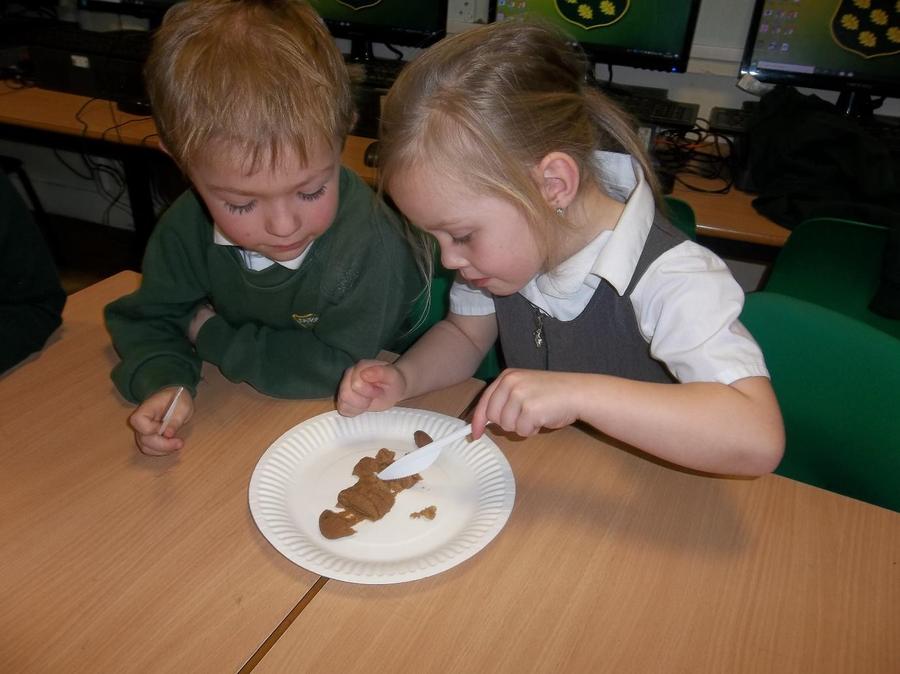 As inspiration for our first extended write, Class 3 & 4 joined in one classroom and watched a very animated Michael Rosen read his book – We’re Going on a Bear Hunt. The children all loved joining in with the actions.

As it was such a beautiful day, we all took our teddy bears out onto the field and enjoyed our picnic of rich tea biscuits. Many of the children showed lovely sharing of their biscuits with their toys.

The children introduced their toys to one another, followed by a circle game of duck, duck, goose. It was very encouraging to see how the children were cheering each other on.

The children then came inside and wrote some lovely recounts of our picnic. 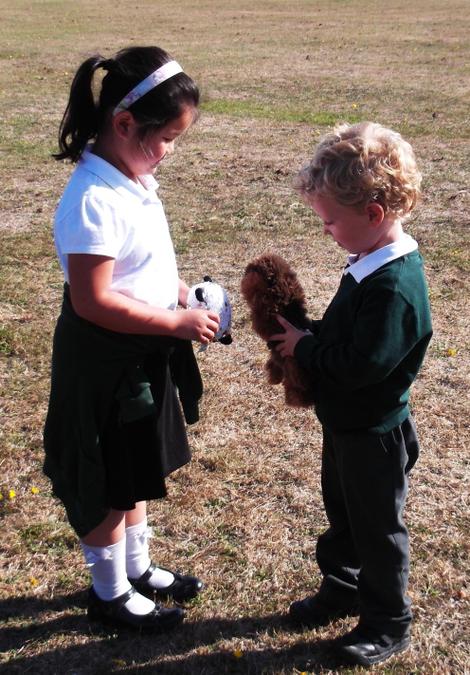 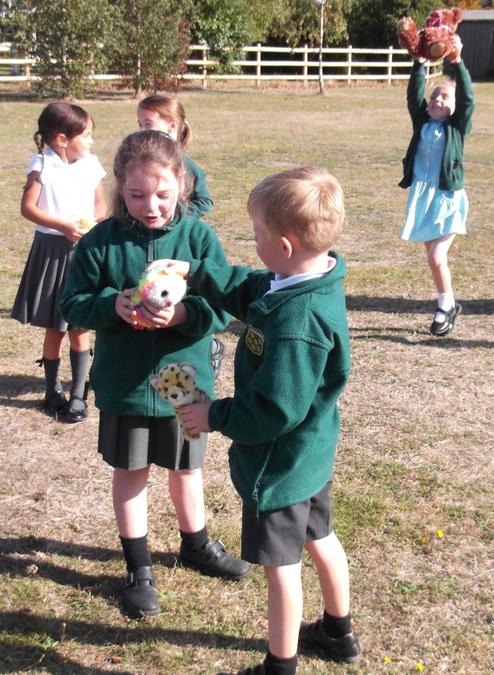 Over the next few weeks, Year 1 will be looking at our five senses in our Science lessons. This week we have looked at the sense of taste. We explored our own sense of taste by tasting some foods. We began with oranges, which were described as “nice and sweet” but “quite sharp”. Then we tried banana. The banana proved the most popular despite being “a little bit sloppy tasting”. The children were able to tell us that it was “sweet but milder than the orange”.

Next we decided to be a bit more adventurous and tried celery. Some children were a little apprehensive as it was their first time tasting celery, but were brave enough to give it a try and some even found they liked it. Finally, we tried some lemon. The children were able to tell us that it would be sour and we were very impressed that nearly all the children gave it a go. Despite some interesting facial expressions, the lemon actually proved quite popular. 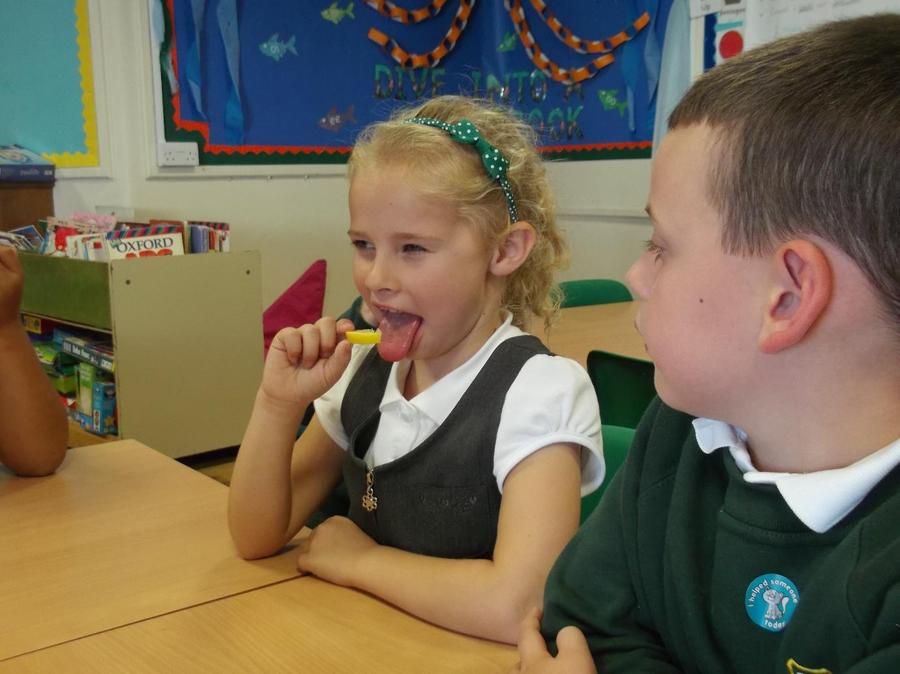 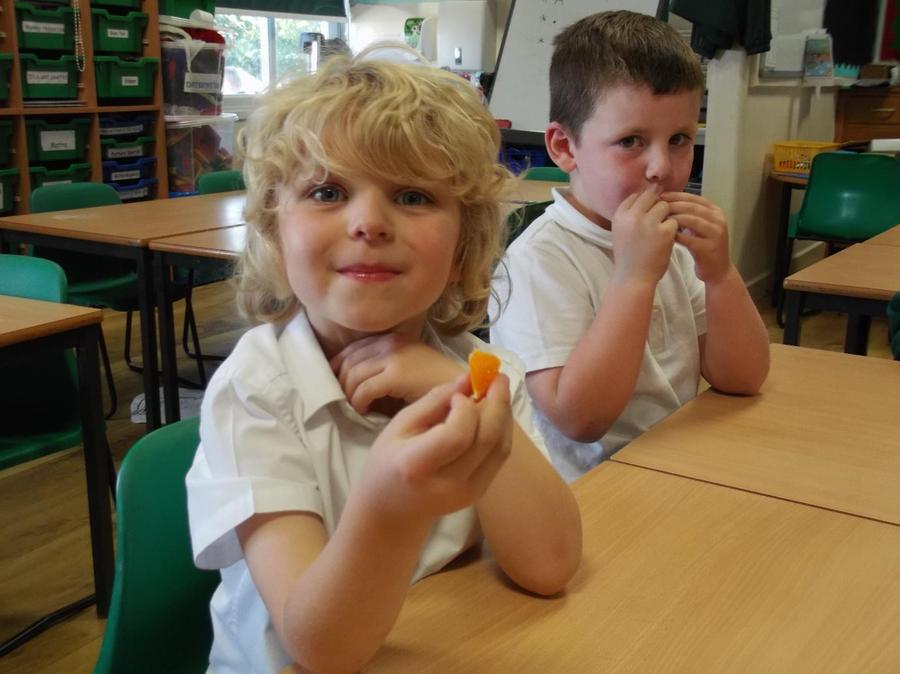 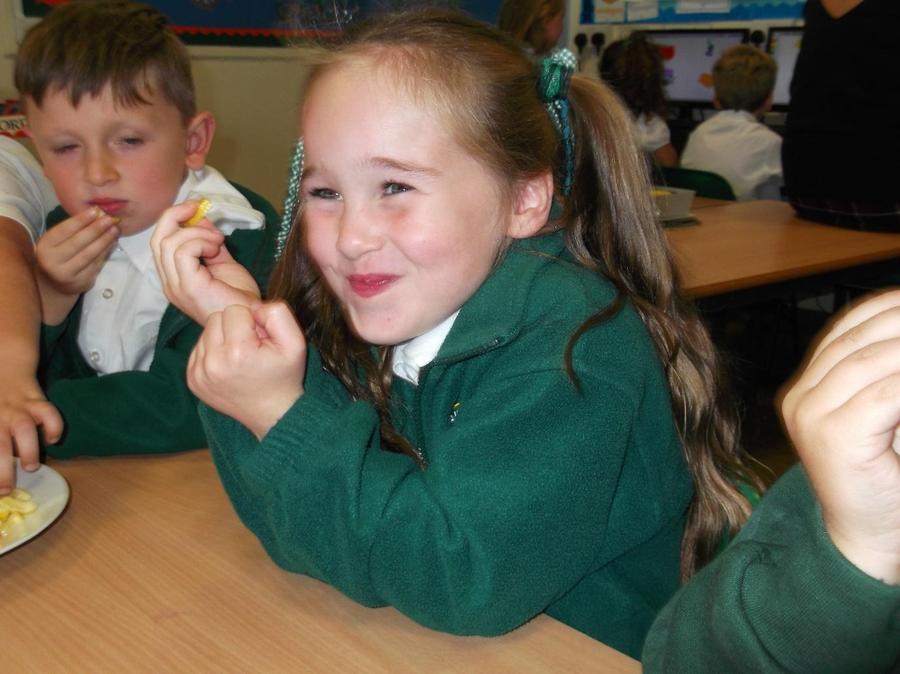